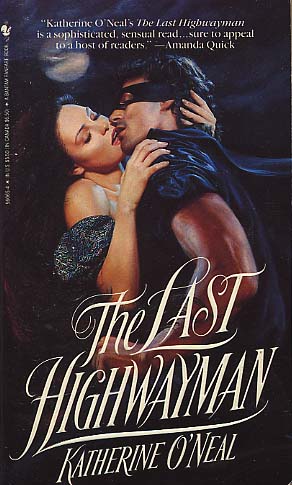 Share:
SHE WAS THE MOST SCANDALOUS WOMAN IN LONDON

Her escapades were legendary, her love affairs shocking. Celebrated mistress of the Crown Prince, intimate of Oscar Wilde, the twice-wed, twice-widowed Christina Wentworth-Gibbons, duchess of Wynterbrooke, had yet to meet her match in any man.

HE WAS THE MOST NOTORIOUS OUTLAW IN THE LAND

The rugged, ruthless outlaw the world had dubbed the Brighton Bandit was a man of smoldering sensuality and insatiable appetites. With a spirit and daring that rivaled Christina's own, he swept the bewitching beauty into his midnight world of sin and misadventure... a world more seductive--and dangerous--than any she had ever known, until now.

Yet the moment this highwayman clashed with the rebellious Christina, he was lost ... lost in the sensual magic of an unforgettable woman who made him burn for what could never be his-and whose tender courage dared his hating heart to love.