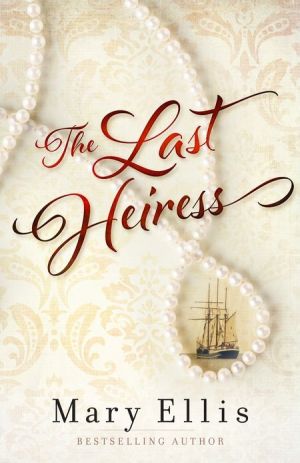 Share:
Bestselling author Mary Ellis (A Widow's Hope) presents The Last Heiress, a new romantic standalone that intertwines the lives of a British manufacturing heiress and an American merchant caught in the turbulent time of the War Between the States.

Amanda Dunn set sail from England for Wilmington, North Carolina, hoping to somehow restore shipments of cotton for her family's textile mills, which have been severely disrupted by the American Civil War. But when she meets Nathaniel Cooper, her desire to conduct business and quickly return to England changes.

Amanda's family across the sea deems the hardworking merchant unsuitable for the lovey and accomplished heiress. And when Nate himself begins to draw away, Amanda has her own battle for a happy future on her hands.

As the War Between the States heats up, Nate's brother, a Confederate officer, comes for a visit. Nate begins to think about joining up--not in support of slavery but to watch his brother's back. Yet will this potentially life-changing decision put the union between him and Amanda she so wishes for in jeopardy?