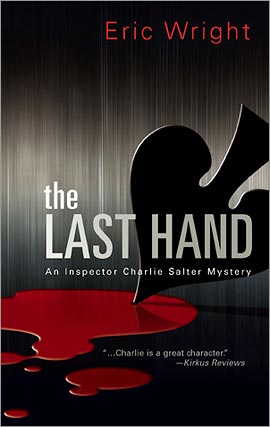 Share:
Feeling old and expendable as the soon-to-be-retired head of the Toronto PD Special Affairs Unit, Charlie Salter is handed a cold murder case that requires a certain seasoned finesse. The victim is one of the city's prominent attorneys, stabbed to death in his apartment. The last person to see him alive, apparently, was a prostitute, now missing, but believed to be the only lead to the killer.

Salter is quite aware of the political pressure, especially since the victim's sister, well connected in parliamentary circles, is anxious for a solution. Using the steady footwork that has served him well over the years, Salter uncovers a "friendly" poker game among Toronto's leading lawyers, one that leads to another kind of game entirely. Slower in step, perhaps, but sharper than ever, Salter makes the stunning connection to a crime of greed and desperation.