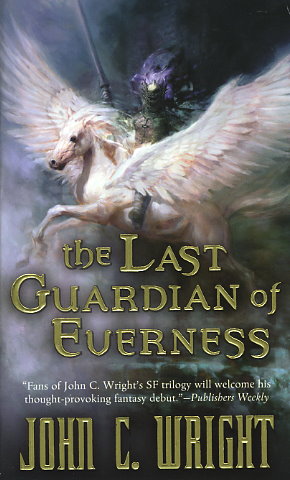 Share:
Young Galen Waylock is the last watchman of the dream-gate beyond which ancient evils wait, hungry for the human world. For a thousand years, Galen's family stood guard, scorned by a world which dismissed the danger as myth. Now, the minions of Darkness stir in the deep, and the long, long watch is over. Galen's patient loyalty seems vindicated. That loyalty is misplaced. The so-called Power of Light is hostile to modern ideas of human dignity and liberty. No matter who wins the final war between Darkness and Light, mankind is doomed either to a benevolent dictatorship or a malevolent one. And so Galen makes a third choice: the sleeping Champions of Light are left to sleep. Galen and his companions take the forbidden fairy-weapons themselves. Treason, murder, and disaster follow...and the mortals must face the rising Darkness alone.