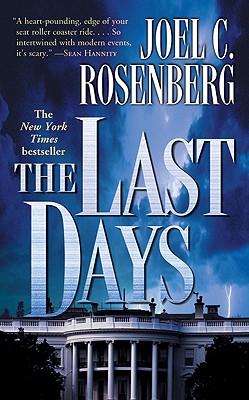 Now the eyes of the world are on Jerusalem as Jon Bennett, a Wall Street strategist turned senior White House advisor; his beautiful CIA partner Erin McCoy; and the U.S. Secretary of State arrive in the Middle East to offer a dramatic, and potentially historic, Arab-Israeli peace plan. At the heart of the proposed treaty is the discovery of black gold deep underneath the Mediterranean--a massive and spectacular tract of oil and natural gas that could offer unprecedented riches for every Muslim, Christian, and Jew in the Holy Land.

But in the shadows stand men whose hearts are filled with evil--men who do not relish a post-Saddam era, for whom the prospect of peace with Israel goes against everything that generations have fought against. Such men--and the countries that finance them--are ready to do anything to destroy any attempt at peace.