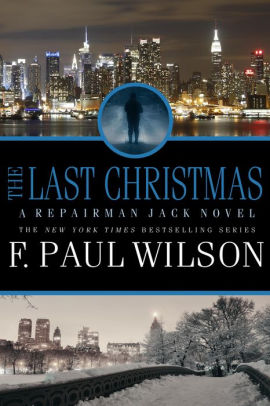 Jack is back.
Wilson never said he was through with Repairman Jack. He said he was through turning in a new novel every year. He also said when a story came along that was right for Jack, he’d write it.
The Last Christmas is that story.
It’s late December between Ground Zero and Fatal Error, a winter of discontent for Jack who’s perhaps spending too much time hanging at Julio’s. An old contact, Edward Burkes, convinces him to take on a missing-person fix. As usual, nothing is as it seems, and the missing person isn’t exactly a person. In fact, it’s like nothing anyone has ever seen.
And in the middle of all this, the mysterious Madame de Medici hires him to safeguard a valuable object. Simple, right?
Not even close.Yep, Jack is back and, as usual, weird trouble is on his heels.
Reviews from Goodreads.com