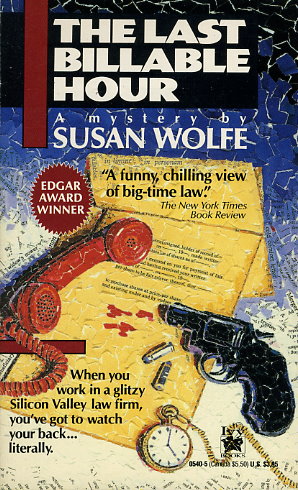 Tweedmore & Slyde. We're talking the hottest corporate law firm in Silicon Valley. We're talking sharp-as-nails lawyers in steel-and-glass offices turning multimillion-
dollar deals like wheatcakes on a griddle. It looks like T & S is up for the national big time. Until Leo Slyde -- name partner, chief go-getter, 'king of the billable hour" -- is found stabbed through the heart in his swank office.

Enter Howard Rickover. Newest associate at T & S, he's working hard to get "in", but he's always on the outs. Inspector Sarah Nelson thinks she can nab the killer -- with Howard playing Nancy Drew. But how can he trap a cunning murderer among lawyers who specialize in avoiding traps and still bill enough to keep his job?