The Land of Neverendings — Kate Saunders 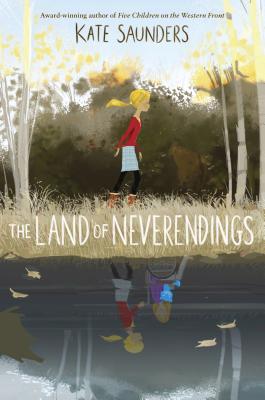 Share:
A beautiful and heartbreaking novel from an award-winning author about a girl who gets swept up into an adventure involving forgotten toys, perfect for fans of Lauren Wolk and Kelly Barnhill.

Emily and her sister, Holly, were as close as sisters could be. They did everything together. But Holly died three months ago, and Emily's world is shattered.

Amid a sea of changes--her best friend is acting distant, she's just started at a new school, and she's been cast as the lead in the school play--Emily is surprised to find that she misses Holly's teddy bear, Bluey, almost as much as she misses Holly herself. But Bluey was buried with Holly, and there's no getting either of them back.

Then one night, Emily dreams of talking toys, who tell her they have come from the toy world with a message from Bluey. Emily is convinced she can be reunited with him. But there's something strange about the barrier between the toy world and the real world. Not just strange, but dangerous--magic is spilling out, and it's wreaking havoc on Emily's world. Now she must decide whether finding Bluey is worth risking the lives of those she loves.