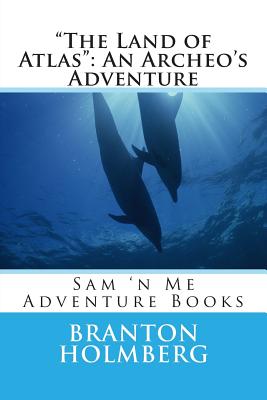 It's Fall Quarter at the university and the cousins Sam, Yoder and Mike, aka the Archeos, seniors now, are thoroughly enjoying their classes. The class they're really into is their archeology class. Dr. Jack Crawford, their professor, is a master story teller and has just told how the gods of Atlantis were described as having descended from the heavens. Atlantis is the fabled continent Plato wrote about. It disappeared thousands of years ago but not before it was learned there was wealth and creations in Atlantis that to this day defies belief. The mention of gods descending from the heavens really grabs the attention of the cousins. They've had lots of encounter with extra-terrestrials and wonder if they had anything to do with Atlantis. When their grandfather, Dr. James Michaels tells them his good friend Jack Crawford wants him, and his grandsons, to go on an expedition with him to find Atlantis, they jumped at the chance. Lurking in background though is Scarpio, and The Scepter. They hadn't seen or heard anything about either of them since Scarpio escaped prison, and The Scepter was missing from the Black Museum. What was even more disturbing was the fact Black Eddy, Paddy, Laddy and Lank had escaped from the mental wards of the prisons they were in. They knew the sorceress Mordreda was behind all this, and that possibly spelled more danger than the Archeos could handle.
Reviews from Goodreads.com