The Land I Lost — Cassandra Clare 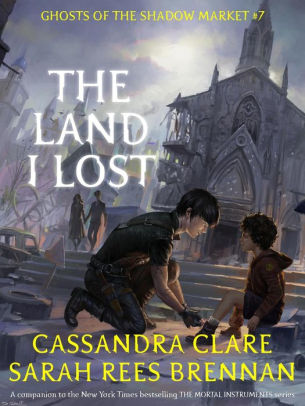 Alec Lightwood, partner of the High Warlock of Brooklyn and father of a warlock child, visits Buenos Aires in the aftermath of the Dark War. When he arrives, he is not welcomed by the Shadowhunters there. He believes it is because of his companion Lily, the head of the New York vampire clan, until a Shadowhunter orphan confides a dark secret to him under cover of the Shadow Market.


Praise for the The Mortal Instruments/The Dark Artifices series:

"There is much to enjoy, including a subplot involving the Wild Hunt that is fresh and often wonderfully told. With an intense cliff-hanger ending, demand for the sequel is likely to be just as high.”
— Booklist

Cassandra Clare was born to American parents in Teheran, Iran and spent much of her childhood traveling the world with her family. She lived in France, England and Switzerland before she was ten years old. Since her family moved around so much she found familiarity in books and went everywhere with a book under her arm. She spent her high school years in Los Angeles where she used to write stories to amuse her classmates, including an epic novel called “The Beautiful Cassandra” based on the eponymous Jane Austen short story (and from which she later took her current pen name).
After college, Cassie lived in Los Angeles and New York where she worked at various entertainment magazines and even some rather suspect tabloids. She started working on her YA novel, City of Bones, in 2004, inspired by the urban landscape of Manhattan, her favorite city.
In 2007, the first book in the Mortal Instruments series, City of Bones, introduced the world to Shadowhunters. The Mortal Instruments includes City of Ashes, City of Glass, City of Fallen Angels, City of Lost Souls, and City of Heavenly Fire. She also created a prequel series, inspired by A Tale of Two Cities and set in Victorian London. This series, The Infernal Devices, follows bookworm Tessa Gray as she discovers the London Institute in Clockwork Angel, Clockwork Prince, and Clockwork Princess.
The sequel series to The Mortal Instruments, The Dark Artifices, where the Shadowhunters take on Los Angeles, began with Lady Midnight, continues with Lord of Shadows and will conclude with Queen of Air and Darkness.
Other books in the Shadowhunters series include The Bane Chronicles, Tales from the Shadowhunter Academy, and The Shadowhunter’s Codex.
Visit her at cassandraclare.com.

Sarah Rees Brennan was born and raised in Ireland by the sea, where her teachers valiantly tried to make her fluent in Irish (she wants you to know it’s not called Gaelic) but she chose to read books under her desk in class instead. The books most often found under her desk were Jane Austen, Margaret Mahy, Anthony Trollope, Robin McKinley and Diana Wynne Jones, and she still loves them all today.
She lived briefly in New York and somehow survived in spite of her habit of hitching lifts in fire engines. She began working on The Demon’s Lexicon while doing a Creative Writing MA and library work in Surrey, England. Since then she has returned to Ireland to write and use as a home base for future adventures. Her Irish is still woeful, but she feels the books under the desk were worth it.
Sarah is also the the author of the Lynburn Legacy series, and the novels Tell the Wind and Fire and In Other Lands.
Reviews from Goodreads.com 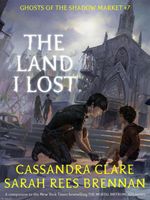