The Land at the End of the World — Antonio Lobo Antunes 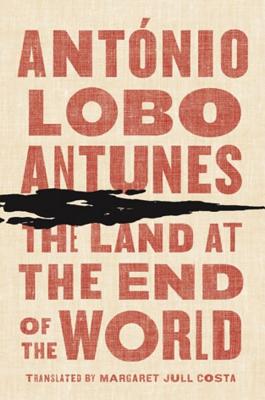 
One of the twentieth century's most original literary voices delivers a haunting and heartrending meditation on the absurdities of love and war. Considered to be António Lobo Antunes's masterpiece, The Land at the End of the World--now in a new and fully restored translation by acclaimed translator Margaret Jull Costa--recounts the anguished tale of a Portuguese medic haunted by memories of war, who, like the Ancient Mariner, will tell his tale to anyone who listens. In the tradition of William Faulkner and Gabriel García Márquez, Lobo Antunes weaves words into an exhilarating tapestry, imbuing his prose with the grace and resonance of poetry. The narrator, freshly returned to Lisbon after his hellish tour of duty in Angola, confesses the traumas of his memory to a nameless lover. Their evening unfolds like a fever dream, as Lobo Antunes leaps deftly back and forth from descriptions of postdictatorship Portugal to the bizarre and brutal world of life on the front line. The result is both tragic and absurd, and belongs among the great war novels of the modern age.