The Lady of the Shroud — Bram Stoker 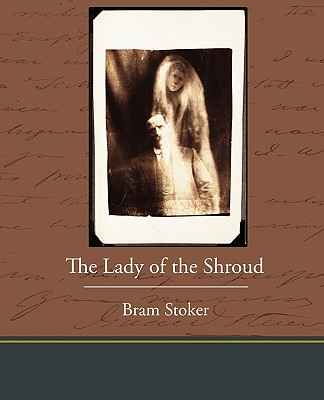 Share:
Bram Stoker was more than just the author of Dracula. He was an Irish writer of novels and short stories. Stoker was a personal assistant to an actor and manager of a large theatre in London. The Lady of the Shroud was written in 1909. An excerpt reads, "Presently I made out that the boat, which had all along seemed to be of a queer shape, was none other than a Coffin, and that the woman standing up in it was clothed in a shroud. Her back was towards us, and she had evidently not heard our approach. As we were creeping along slowly, the engines were almost noiseless, and there was hardly a ripple as our fore-foot cut the dark water. Suddenly there was a wild cry from the bridge--Italians are certainly very excitable; hoarse commands were given to the Quartermaster at the wheel; the engine-room bell clanged. On the instant, as it seemed, the ship's head began to swing round to starboard; full steam ahead was in action, and before one could understand, the Apparition was fading in the distance. The last thing I saw was the flash of a white face with dark, burning eyes as the figure sank down into the coffin--just as mist or smoke disappears under a breeze."

BY THE LIGHT OF THE FULL MOON, THE LADY OF THE SHROUD LEFT HER COFFIN AND HAUNTED THE SINISTER SHADOWS OF CASTLE VISSARION

Who was the mysterious Lady in the Shroud? Why was she forced to wear the robes of the dead?
Was she a ghost or a living woman under and evil spell?
Would she ever be free to marry the man she dared to love?