The Lady of Secrets — Susan Carroll 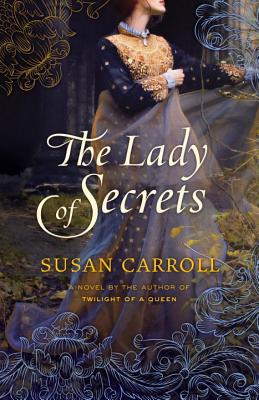 Share:
A gifted healer is trapped between treachery at court and the calling of her own heart in this richly woven historical tale of enchantment, mystery and intrigue.

Queen Catherine de Medici is dead, and for Meg Wolfe -- successor in a line of legendary healers and mystics known as “daughters of the earth” -- it is a time of new beginnings. She strives to be ordinary, invisible in the mists of Faire Isle, and is determined to put the terrifying days of a wicked mother and turbulent childhood behind her. But soon a summons from King James will rekindle a menacing power from the past, bringing haunting visions of a nightmare already unfolding -- and a shattering mystery steeped in magic that will determine a destiny from which she cannot hide.

Meg's task: Save the king from the most insidious form of treachery, invisible to those who do not possess Meg's extraordinary gifts. But as Meg discovers, there are more sinister motivations at play in the king's world. Torn between two very different men whose motives and secrets are tied inexorably to her own fate, Meg learns that she can no longer trust anyone or anything -- not even her own heart.