The Lady of Han-Gilen — Judith Tarr 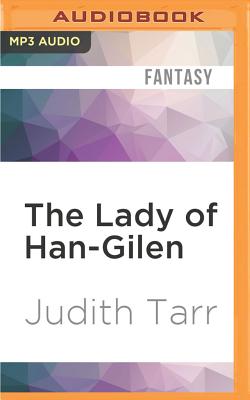 Fiery-tressed, strong-willed, she was deter-mined from an early age to live on her own terms, bowing to nobody. When unwanted and unavoidable Imperial marriage loomed, she escaped, fleeing to join the army of her childhood friend Mirain, now the Ianyn king who had united the Northern kingdoms and who marched to bring the Sun-God's banner over all the Hundred Realms. Mirain, though he bore the mark of the God in his palm, couldn't know how this young, slender fighter had grown from a foster sister into a woman whose love was as fierce as her pride in battle.

Nor could Elian realize why she felt impelled to join his camp and fight, with spectacular success, against those who stood in their way. Together they would elude death in battle and ride to win an empire. Their epic story is a rousing, exhilarating tale told with the skill and panache that have marked Judith Tarr's The Hound and the Falcon trilogy, and The Hall of the Mountain King to which this is a sequel, in the Avaryan Rising trilogy.