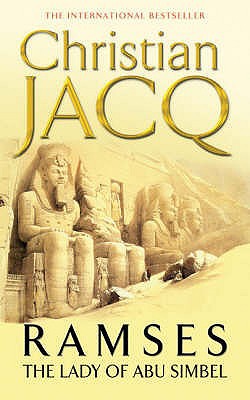 Share:
Despite the tremendous shock of the Battle of Kadesh, Ramses has not managed to bring the formidable Hittite Empire to its knees. But rather than continue the struggle, he decides to engage in negotiation. For in Ramses' life the love he bears the Great Royal Consort Nefertari easily passes the enjoyment of the challenges of war.
To show his love for Nefertari to the world, Ramses decides to offer her the most fabulous of gifts: at Abu Simbel two temples will be erected, symbols of their eternal love.
But meanwhile, shadows are gathering, from Nubia to the Pharaoh's own capital Pi-Ramses, where Ramses must come face to face with Moses, the childhood friend whom he had lost sight of so many years before. Moses who has returned to Egypt to demand the exodus of the Hebrew people.
Faced with these dangers, will the vigilance of Pharaoh's loyal servants and the magic of Nefertari, the Lady of Abu Simbel, be sufficient to protect The Son of the Light?