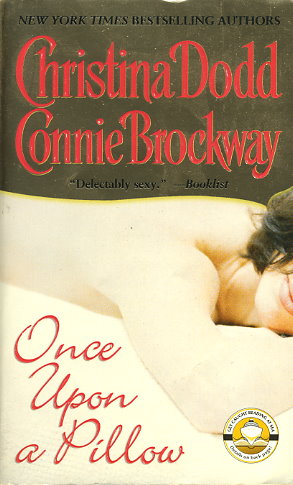 Share:
From two of romance fiction's most exciting and acclaimed authors comes the sizzling saga of a magnificent bed and the lovers who have shared it through the ages. Collaborating for the first time, Christina Dodd and Connie Brockway take readers on an unforgettable adventure -- from medieval times to present day that sparkles with love and laughter.

Within a beautiful old English manor house lies a sumptuous antique bed, one of many Masterson family heirlooms that have been sold along with the house. As Laurel Whitney leads the last tour group through the house before it's closed to the public, she regales the visitors with romanticized tales of how this exquisite bed affected the lives of the couples who slept in it. The actual stories -- of a bawdy medieval knight trying to woo his reluctant bride; an insolvent Elizabethan aristocrat who plans to ruin a wealthy heiress but beds her impoverished cousin instead; and a feisty Regency lady whose scheme goes awry when she mistakenly manacles herself (and a dashing colonel) to the bedpost -- are funnier and certainly sexier than anything a tour guide could ever tell!

Shocked to see her lover from the past on the tour, Laurel is even more surprised to find their love rekindled when a twist of fate leaves them no choice but to spend the night in the famed Masterson bed.