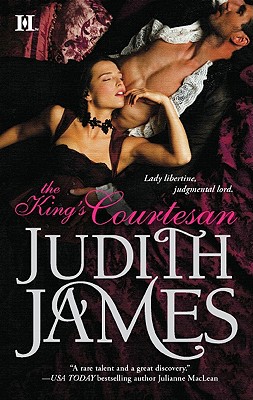 Her body is the battleground

Sensuous, beautiful and determined, Hope Matthews is a favored mistress of the king. Her many charms have helped her rise from the gutter to the king's bed. But with the new queen's impending arrival, her nights in the royal chamber-- and her hopes for security--will swiftly come to an end.

His honor a distant memory
Haunted by his past, hardened by the recent civil war, Captain Robert Nichols lives only for revenge. When told he must marry the king's courtesan to provide a cover for their affair, he's faced with a new low. Both are pawns of a great man, but married to their dreams of independence, their clash is inevitable. Can these two wounded souls realize the answer to all their dreams might lie in each other's arms?
Reviews from Goodreads.com