The Kingdom and the Cave — Joan Aiken 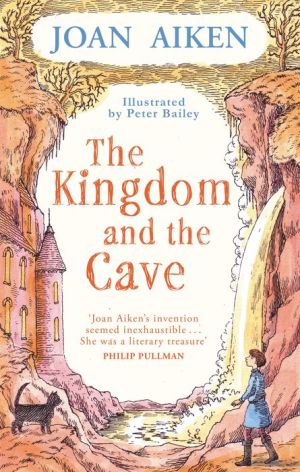 'The Under People. They live in a huge Cave. They are thought to be boring upwards. Giant worms and flying ants. Underground magic.' Mickle, the palace cat, knows the kingdom is in danger. He can feel it in his whiskers and he has found a mysterious note in the royal library... (Yes, of course he can read, and speak - if he chooses to!) Mickle can't trust the King and Queen with his mission, so he and Prince Michael, with the help of their animal friends (and quite a bit of magic!), set out on a perilous quest to find the sinister Under People, discover their secret power and save the Kingdom of Astalon. In her first novel, written when she was only a teenager, Joan Aiken showcases the imagination, wit and storytelling zest that would lead to classics like Arabel's Raven and The Wolves of Willoughby Chase .
Reviews from Goodreads.com