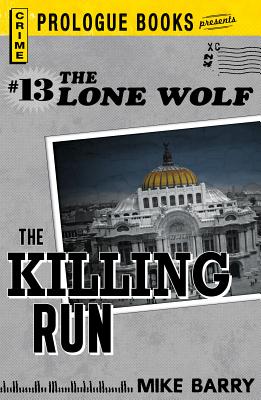 After Wulff killed Carlin in Mexico City and watched his dynamited house burn down, he decided he deserved a rest. He knew that his work wasn’t nearly over. But a lot of the top men were down . . . bullet-riddled, blown up or cremated, and the organization was beginning to feel the effect. Wulff could relax . . . a day or two at least. What he didn’t know was that little vacation in Mexico city would touch off the most violent, far-ranging hunt of his life, a Killing Run that would take him across two countries, his mad fury for vengeance almost consuming him as well.
Reviews from Goodreads.com