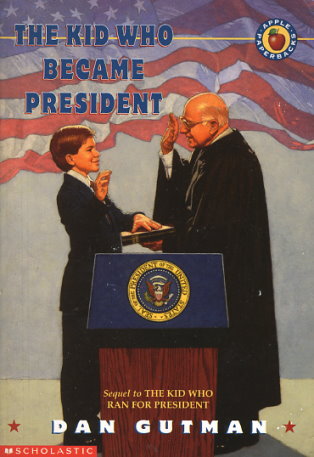 Meet Judson Moon --
President of the United States of America

On January 20, 2001, Judson Moon, age thirteen, was sworn in as President of the United States. The following are excerpts from his Inaugural Address.

Well, that was two months ago, and I'm very proud to say that. . I still don't know anything.

The twentieth century is over; the twenty-first has begun. We've got a lot of work to do. So, America, ARE YOU READY TO RUMMMMMBLE???
Reviews from Goodreads.com