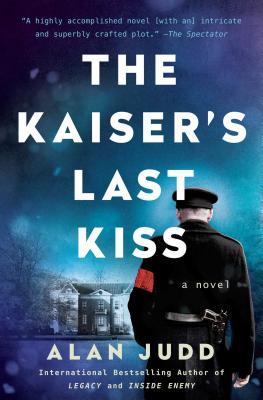 The Kaiser’s Last Kiss is a “crisp, adroit, and subtle tale of great personal power” (The New York Times), which follows the exiled Kaiser Wilhelm, the young Nazi officer assigned to guard him, and the Jewish maid who unwittingly comes between them.

It is 1940 and the exiled monarch Kaiser Wilhelm is living in his Dutch chateau, Huis Doorn. The old German king spends his days chopping logs and musing on what might have been.

When the Nazis invade Holland, the Kaiser’s staff is replaced by SS guards, led by young and recently commissioned SS officer Martin Krebbs, and an unlikely relationship develops between the king and his keeper. While they agree on the rightfulness of German expansion and on holding the nation’s Jewish population accountable for all ills, they disagree on the solutions.

But when Krebbs becomes attracted to Akki, a Jewish maid in the house, he begins to question his belief in Nazism. As the threads of history conspire with the recklessness of the heart, The Kaiser, Untersturmfuhrer Krebbs, and the mysterious Akki find themselves increasingly conflicted and gravely at risk…
Reviews from Goodreads.com