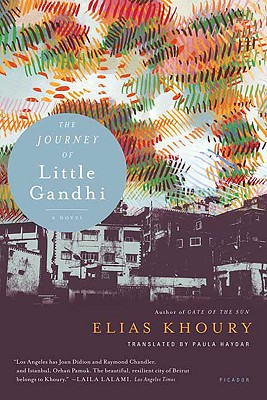 Los Angeles has Joan Didion and Raymond Chandler, and Istanbul, Orhan Pamuk. The beautiful, resilient city of Beirut belongs to Khoury.--Laila Lalami, Los Angeles Times From the author of Gate of the Sun and one of the most innovative novelists in the Arab World (The Washington Post Book World) comes the many-layered story of Little Gandhi, or Abd Al-Karim, a shoe shine in a city fractured by war. Shot down in the street, Gandhi's story is recounted by an aging and garrulous prostitute named Alice. Ingeniously embedding stories within stories, Little Gandhi becomes the story of a city, Beirut, in the grip of civil war. Once again, as John Leonard wrote in Harper's Magazine, Elias Khoury fills in the blank spaces on the Middle Eastern map in our Western heads.
Reviews from Goodreads.com