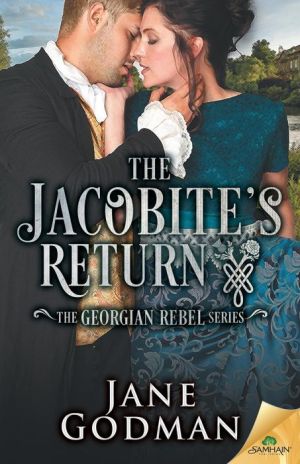 Their love never died ... but now they must fight to get it back.

Before he rode off to the cataclysmic battle of Culloden, rebel Lord Jack Lindsey swore he would return to make Rosie Delacourt his bride. Instead, Rosie's heart was broken by the news of his death on the field. Her burden of heartbreak only grew as she was blackmailed into marrying Sir Clive and mourned her father's mysterious death.

By the time Jack emerges from a coma, retrieves his memory and returns home with a royal pardon in hand, it's two years too late. Rosie belongs to his sworn enemy. Yet her cool, indifferent façade doesn't fool him. This pale shadow of the woman he knew is suffering, arousing his chivalrous instincts.

When Sir Clive shows his true colors, danger throws Jack and Rosie together, reigniting the passion they once shared-and revealing the devastating secret she has tried so desperately to protect.

Warning: Contains a handsome, rebellious lord who'd sooner forget his own name than the girl of his dreams, a woman who's been forced to hide the home fires she's kept burning for him, and a classic love-that-never-died tale.
Reviews from Goodreads.com