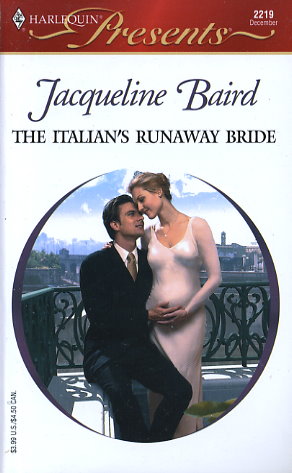 Gianfranco asked Kelly to marry him, after her holiday affair with him left her pregnant! But, once married, Gianfranco was often away on business, and his family made Kelly's life a misery. Then she heard that Gianfranco didn't want her at all -- he just wanted their baby.... Kelly had no choice but to run away... However, one thing was certain. Gianfranco would find her -- but why? Because he wanted to reclaim his bride...or his child?