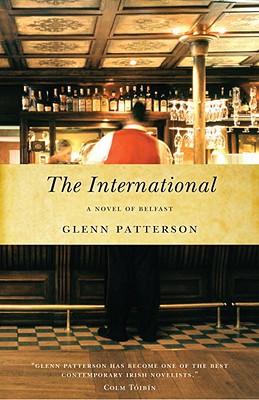 
Acclaimed Belfast novelist Glenn Patterson's classic novel of a day in the life in that city: a funny, brilliantly observed, bittersweet snapshot of a moment in 1967 just before everything changed. "If I had known history was to be written that Sunday in the International Hotel I might have made an effort to get out of bed before teatime." So begins The International . Danny Hamilton takes us back over three troubled decades to one wonderfully ordinary Saturday, in January 1967, when his 18-year-old self had no idea most people had no idea that ordinary days in Belfast would soon become tragically rare. Ordinary, but packed with extraordinarily observed characters; and extraordinary enough for Danny to fall in love twice (and think about sex a few more times than that). Ordinary, but when someone calls out "Be careful" in parting, no one takes it lightly and for good reason. First published in the UK in 1999, and reissued by Blackstaff in 2008, The International is a timeless novel: funny, bawdy, deftly crafted, and heartwrenchingly humane. Featuring an essay On Reading The International by Man Booker-Prize winner Anne Enright From the Trade Paperback edition.