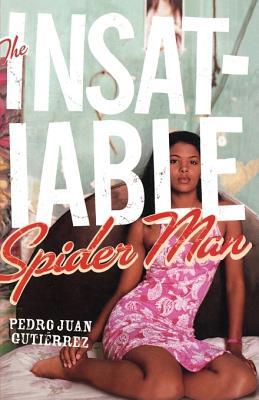 Share:
Pedro Juan Gutierrez exploded onto the literary landscape three years ago with his bestselling novel, Dirty Havana Trilogy. Hugely acclaimed for its honest depiction of a Cuban capital characterized by sleaze, sex, poverty and hedonism, in The Insatiable Spiderman we see the return of its anti-hero, who is again prowling the streets of Havana.

Pedro Juan's relationship with his wife, Julia, is in terminal decline, and the trappings of domestic bliss hold no charms for this most restless and predatory of men. Our narrator's interests lie elsewhere: in the infinite possibilities of a chaotic Caribbean city and the chancers, artists and prostitutes who roam the streets.

In his inimitably uncompromising and exhilarating style, Pedro Juan Gutierrez again takes the reader on a journey into the underbelly of contemporary Havana—a world of easy sex, hard drinking and humorous anecdote that will be all too recognizable to the Gutierrez connoisseur.