The Innocent and the Playboy — Sophie Weston 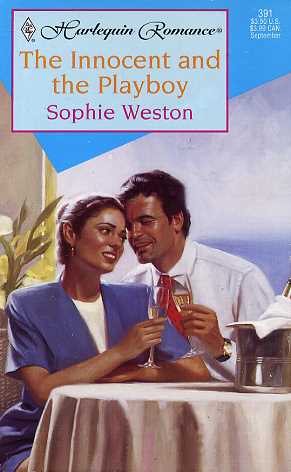 These words had echoed around eighteen-year-old Rachel's head as she watched Ricky mix with some of the world's most beautiful people at the luxurious Villa Azul. At first he had seemed more approachable than the sophisticated crowd, but she had been deceived: he was no better than the rest. He was nothing more than a playboy, bent on seduction.

She had escaped him then, but now, nine years later, Riccardo di Stefano was the head of a multinational empire, threatening to take over Rachel's company. She was no longer an innocent--he had made sure of that--but was he still the consummate playboy?