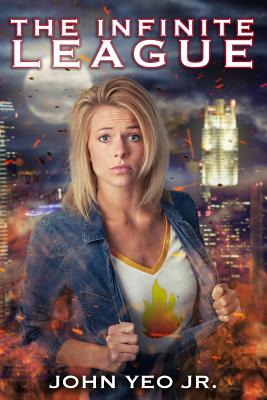 Emily Watts had always wanted to be a police officer, just like her father. For her, the police are the real heroes of the world. Not those people that fly above her head every day, flaunting their special abilities and gifts and making ordinary people feel so inconsequential. When Emily is involved in the accidental death of Andromeda, one of the world’s greatest and most beloved heroines, she finds herself in serious trouble. Faced with the threat of a prison sentence that would forever separate her from her son and sister, the government gives her an opportunity to avoid incarceration. It would mean lying to the entire world---and becoming what she detests the most. Emily Watts is about to go on a journey that will change her world forever. But she’s going to discover that the death and cover-up of Andromeda was only the beginning of a dark conspiracy hiding behind the shiny illusion of the Infinite League.
Reviews from Goodreads.com