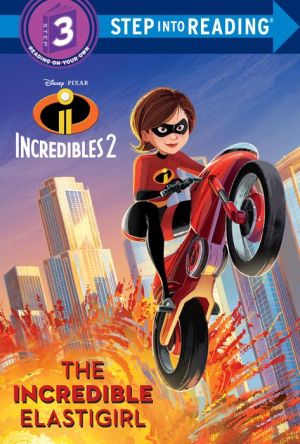 The Incredibles 2 Deluxe Step into Reading with over 30 stickers is based on the exciting new Disney/Pixar sequel that will hit theaters June 15, 2018!

The Incredibles 2 brings back everyone's favorite family of superheroes in an exciting, hilarious, and heartfelt super-sequel. Written and directed by Brad Bird (The Iron Giant, The Incredibles, Mission Impossible: Ghost Protocol), this new chapter sees Mr. & Mrs. Incredible, Violet, Dash, and Jack-Jack encounter a brand-new nemesis who puts their powers--and their family--to the ultimate test. The Incredibles 2 will hit theaters June 15, 2018! It's perfect for children ages 5 to 7. Step 3 readers feature engaging characters in easy-to-follow plots about popular topics. For children who are ready to read on their own.
Reviews from Goodreads.com