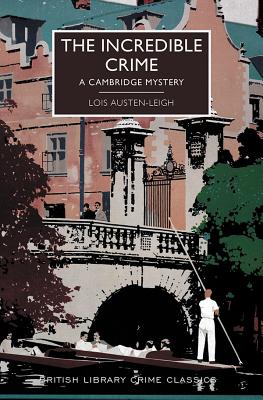 One fine morning she sets out for Suffolk to join her cousin Lord Wellende for a few days' hunting. On the way Prudence encounters Captain Studde of the coastguard - who is pursuing a quarry of his own.

Studde is on the trail of a drug smuggling ring that connects Wellende Hall with the cloistered world of Cambridge. It falls to Prudence to unravel the identity of the smugglers - who may be forced to kill, to protect their secret.

This witty and entertaining crime novel was written by Lois Austen-Leigh, the granddaughter of Jane Austen's nephew. It has not been republished since the 1930s. This new edition includes an introduction by Kirsten T. Saxton, professor of English at Mills College, California.