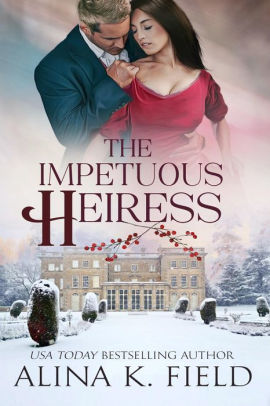 Share:
When dashing Fitzhenry Lovelace escorted sensible Mary Elizabeth Parker to a once in a lifetime meeting with her estranged grandfather, an unexpected romance bloomed that had nothing to do with her grandfather's immense wealth. Throwing caution to the wind, sensible Miss Parker said a wholehearted yes to Fitz. But before they could finalize their nuptials, a family emergency called Fitz away. Then he stopped answering her letters.Months pass and the Yuletide arrives, and Miss Parker faces the fact that her impetuosity has led to a Dilemma. Then word arrives that her ruthless mother and stepfather, suspecting a possible inheritance, are descending upon her with a horrid replacement for Fitz in tow. Miss Parker bolts, but her meddling cousin plans an unexpected stop on the journey.Having made a hash of his finances and neglected the lady he still loves, Fitz, now Lord Loughton, realizes he must make amends with the woman he still loves. But before he can act, Miss Parker arrives on his doorstep. He soon senses more is amiss with her than just his careless courtship. Can he uncover her secrets and win her back before he loses her altogether?Previously released in the Christmas Kisses Regency Holiday Romance Anthology.