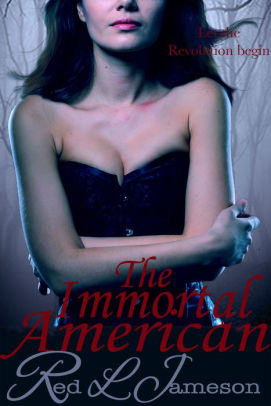 It began with the ripple of rebellion, but ended in eternal change.

Cannonade erupts as the Battle of Bunker’s Hill commences, where Violet Adams is disguised as a soldier. She’s joined the sieging militia, surrounding Boston and the British redcoats, to run from her grief and from her affections toward the dark French spy, Jacque Beaumont—the ripple in her life that gave her an undying heart. To flee is the only choice she could think of, soldiering the only act that seems to bring her any comfort.

Then again, mayhap it isn’t the soldiering that gives her comfort, but more one of the soldiers. While trekking north to invade Canada with other Continentals, Violet finds herself drawn to a man who turns out to be more than just a friend—another immortal. From 1775 to 1776, through all the battles, Violet finds her mourning heart healing, only to discover it’s done the most inexplicable! It’s set its sights on another.

Like Violet’s phoenix-like heart, America’s War for Independence burns to ashes before the Battle of Trenton, where Violet spies for her Patriots and must choose between old flames or the revolution that never dies—love.