The Ice Chips and the Magical Rink — Roy MacGregor 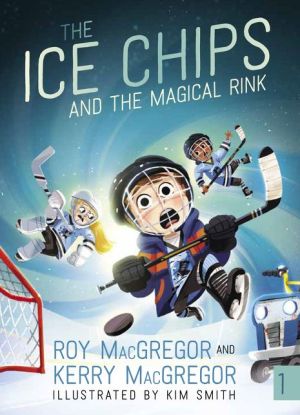 If you could travel through time, who would you want to meet?

Lucas Finnigan eats, sleeps and breathes hockey. With his friends Edge, Swift and Crunch, Lucas plays on his hometown's rink, dreaming of the day when he knows he'll make the NHL. But lately money has been tight at home, and, after a major growth spurt, Lucas is forced to wear hand-me-down gear that doesn't quite fit right. Now he's not sure he'll ever make it to the Hall of Fame like his hockey heroes.

And that's not the only problem. With the community arena's chiller on the fritz, and replacement parts too tough to come by, it looks like Lucas and his friends may be doomed to a season on a plastic rink -- or worse, no hockey at all!

But with a magical discovery, and some help from one of hockey's greatest players (who was a kid once, too!), their final skate might turn into their first great adventure . . .
Reviews from Goodreads.com