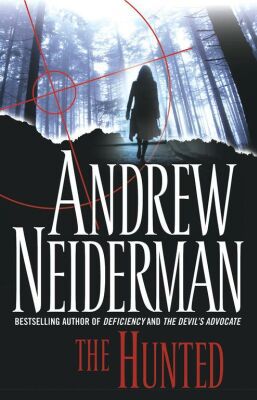 IT'S OPEN SEASON -- AND THE HILLS ARE RUNNING RED.
The mountain hamlet of Centerville is known for tradition and strong family ties. Tonight it's known for something unspeakable. A hunter has been found dead in the thick of the Catskills woods, laid out like game -- a bullet hole each in his chest and head, glassy eyes staring in abject terror -- and stripped to his skin. Picking up the scent of a sensational story, reporter Diana Brooks comes to town and finds a confidant in local hunter Aaron Kuhn. Then two more woodsmen are found murdered in the same cold-blooded way -- naked prey staked out by a merciless executioner. Now Diana and Aaron have joined a posse of hunters bound by vengeance and justice. But when paranoia rules and friend turns against friend, survival depends on sheer animal instinct. Racing to reveal the truth, Diana is about to discover the cruel laws of the mountain woods -- and the blind fear of being caught in a killer's sights.
Reviews from Goodreads.com