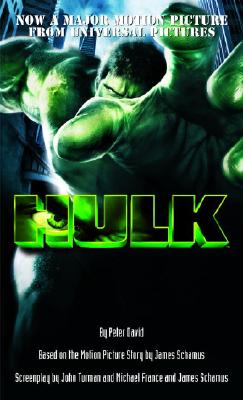 From acclaimed filmmaker Ang Lee,
a dark vision of the beast that lives inside the man . . .

In a Berkeley lab, Bruce Banner, a young man haunted by his murky past and the parents he never knew, works intensely day and night. A bright scientist with repressed emotions and few social skills, Bruce and his colleague, the sharp and beautiful Betty Ross, experiment with the body's ability to repair itself and fight disease. But their research draws unwanted attention. For the power of regeneration catches the eye of the military, which sees its potential on the battlefields of the future.

But when Bruce is exposed to radiation in an accident that should have killed him, a ferocious truth about his past begins to emerge--along with something else, something deep inside his own body that is triggered when he is provoked . . . when he is pushed beyond reason . . . when anger takes over and he transforms into . . .

THE HULK
Reviews from Goodreads.com