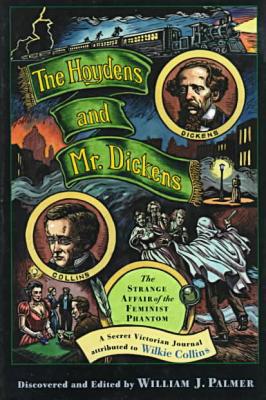 It was the best of times, it was the worst of crimes in this dizzying Dickensian romp, as the canonical author risks ruining his reputation-and losing his life-all for love and justice.

Someone is threatening Angela Burdett-Coutts, the banker, feminist, and philanthropist, one of the richest, most powerful women in England. Soon after she alerts her friend Charles Dickens to the threats, the Coutts Bank is robbed, and a member of the Women's Emancipation Society is found strangled inside. The murder brings the burgeoning feminist movement under scrutiny. Inspector William Field of the Metropolitan Protectives begins his investigation, aided by the eager amateur detective Dickens and his apprentice Wilkie Collins. Yet Dickens's own reputation and career are threatened by his love for the striking young actress Ellen Ternan. Ellen is a liberated "hoyden" herself, and a prime suspect in the murder. In order to prove Ellen's innocence, the two novelists may have to expose their own secrets."