The House on Windridge — Tracie Peterson 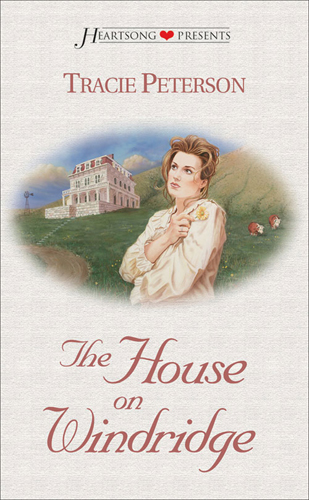 When her mother dies in childbirth, Jessica's father sends his infant daughter from his ranch in Kansas back to New York to be raised by an older aunt. But Aunt Helen only cares for social standing and proprieties. She tells Jessica nothing of her father's offers to take her back and instead pushes Jessica into an arranged marriage with a man who turns out to be abusive and unfaithful.

When her aunt and husband die, Jessica is alone in the world except for her infant son. She learns of her father's death and determines to rebuild her life at Windridge, the ranch where her life began. But appearances are not always reliable, and Jessica doesn't know who she can trust. Will Windridge become the home she has always searched for, or will it be the scene of her final betrayal?
Reviews from Goodreads.com