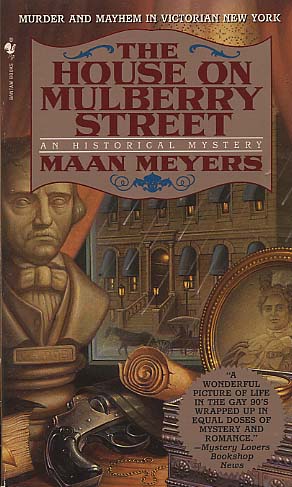 A CITY ON THE EDGE

It's 1895, and the face of Manhattan is rapidly' changing. From the electric-lit elegance of Broadway to stifling immigrant tenements, the city simmers in the summer swelter. Graft is everywhere--and most of all at 300 Mulberry Street, Metropolitan Police Headquarters. Here young police detective John "Dutch" Tonneman witnesses the heated power struggle between top brass and would-be reformers. Then he's called to a suspicious waterfront blaze and a violent union rally that threatens to blow the city apart. Tonneman arrives just in time to save photographer Esther Breslau, a lovely Jewish immigrant who works for a crusading newspaper reporter. But when the reporter is murdered and Esther's photographic plates are smashed, it's obvious that whatever she saw through her camera lens is enough to get her killed. Now it's up to Detective Tonneman and Esther to track a killer whose roots are in the sordid underbelly of Manhattan...but whose influence may reach to the heights of political power.
Reviews from Goodreads.com