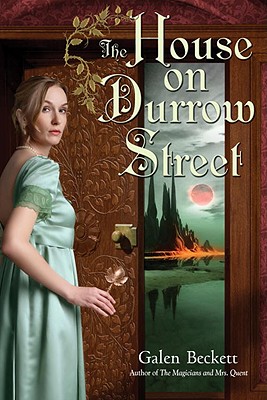 A charming and mannered fantasy confection with a darker core of gothic romance is how New York Times bestselling author Robin Hobb described Galen Beckett's marvelous series opener, The Magicians and Mrs. Quent. Now Beckett returns to this world of dazzling magick and refined manners, where one extraordinary woman's choice will put the fate of a nation--and all she cherishes--into precarious balance.
Her courage saved the country of Altania and earned the love of a hero of the realm. Now sensible Ivy Quent wants only to turn her father's sprawling, mysterious house into a proper home. But soon she is swept into fashionable society's highest circles of power--a world that is vital to her family's future but replete with perilous temptations.

Yet far greater danger lies beyond the city's glittering ballrooms--and Ivy must race to unlock the secrets that lie within the old house on Durrow Street before outlaw magicians and an ancient ravening force plunge Altania into darkness forever.
Reviews from Goodreads.com