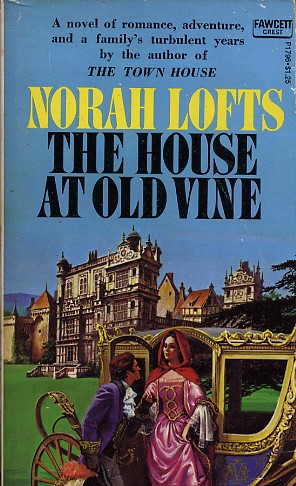 SHE WAS YOUNG, BEAUTIFUL...AND IN LOVE.

Her name was Josiana Greenwood--illegitimate descendant of Martin Reed. Through her the family of the House was to be continued.

For generations while the family lived on, England faced its most turbulent and disturbing period. Tudors fought for the throne and the violence of Cromwell's war threatened the safety of the nation.

Josiana faced a difficult task. She was a woman in love with one man, a man whose fate was sealed. But Josiana would have to live on.
The House and its dynasty could not survive without her.

THE HOUSE AT OLD VINE is the continuing story of the town house and the descendants of Martin Reed, who found their place in the fascinating years of England's early history.
Reviews from Goodreads.com