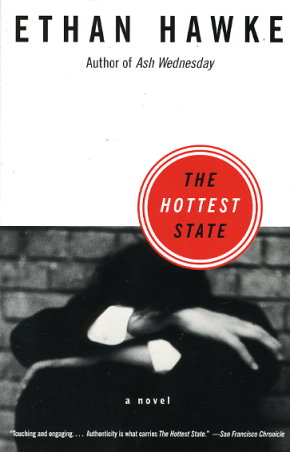 When William meets Sarah at a bar appropriately called the Bitter d, he is a few months short of his twenty-first birthday and about to act in his first movie. He is so used to getting what he wants never been able to care too deeply for anyone. But all of that is about to change. And it is Sarah -- bold and shy, seductive and skittish -- who will become William's undoing and his salvation.

William's affair with Sarah will take him from a tenement on the Lower East Side to a hotel room in Paris, from a flip proposal of marriage to the extremities of outraged need and the wisdom that comes only to true survivors. Anyone who reads The Hottest State will encounter a writer who can charm, dazzle, and break the heart in a single paragraph.
Reviews from Goodreads.com