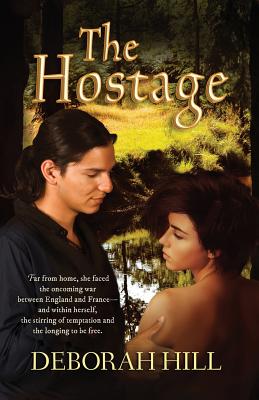 Share:
Margaret Roberge is heir to her Huguenot family business -- the importing of Irish linen and damask. A suitor from Boston's Better Sort makes it important for her father to deed the comany to her now, before she marries. As a result, Margaret sets sail for Ireland and England, to meet the company's business connections prior to assuming ownership.
But she is overtaken by stormy seas and rescued by French sailors out of Fort Louisbourg, north of Nova Scotia. There Margaret discovers a war no one in Boston even knows about, and finds herself hostage, to be used in trade for a French prisoner held by the English at a border installation. She will be taken there by Marc Duval, a man of mixed ancestry, a man determined to liberate Acadia -- Nova Scotia -- from Britain. He has nothing but disdain for England and for the British-American hostage. Well, almost nothing. She looks like a beggar, that is true, dressed as a boy with her hair cut close and her face dirty, but she is a woman, and he is well aware of it.
They dislike one another on sight, but the close proximity of travel through the wilderness give each of them a chance to see the other for what they truly are. The courage Margaret displays arouses Duval, while his willingness to suffer for her sake awakens her. Through him she can achieve freedom from the limitations and constraints of 1750 New England, and through her he discovers love greater than he has ever known.
Putting aside all obstacles, they dare to devise a plan that will grant them a future together, and wait for the right time to launch it. The scheme will work They know it will work
Unless war destroys it -- and them.