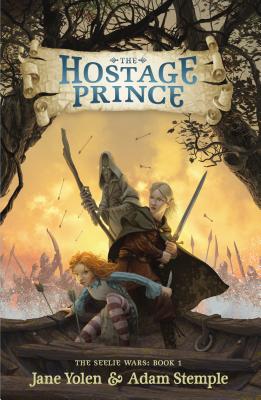 Snail and Prince Aspen are unlikely companions. Snail is a midwife's apprentice; Aspen is a prince held hostage to prevent a war. Due to a series of misunderstandings, the two find themselves on the run, having adventure after mishap after scary, fast-paced escape. When they reach Aspen's kingdom, they learn to their horror that their actions have divided the country and plunged it into violence. Every minute counts: it is time for Snail and Aspen to figure out a way to stop the building war -- together.

The Hostage Prince is a fast-paced, funny, exciting fantasy novel for young readers, both male and female. And who better to start tweens on their journey than Jane Yolen and her son, Adam Stemple!
Reviews from Goodreads.com