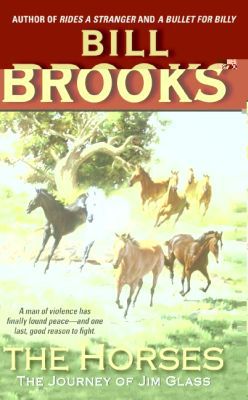 Jim Glass' long-sought peace is shattered when the ex-soldier and ex-Ranger discovers six of his corralled horses dead, their throats slit. Though he dreads doing so, he'll strap on his weapons and go hunting for the culprit--because someone capable of such a foul, thoughtless killing is capable of anything.

The dusty town of Domingo has been targeted by a pair of blood-crazed brothers and their Texas cohorts with robbery, murder and mayhem on their minds, and that's where Glass will make his stand--even though his only support is an old Indian named Hairy Legs and an over-the-hill lawman named Trout. Because a home's the one thing a man's got that's worth fighting--and dying--for.
Reviews from Goodreads.com