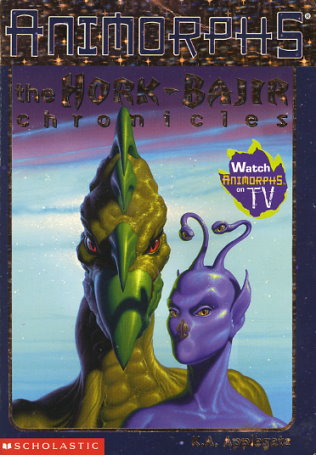 He is called Dak Hamee. His people believe he is a "seer." That he will be the one who will show them the truth.

Her name is Aldrea. Daughter of Prince Seerow of the Andalite who was ultimately responsible for the rise of the Yeerk Empire.

The story that came before Animorphs. . .