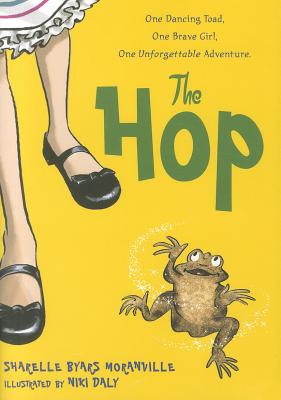 A small toad named Tad is in grave danger.

Rumbler, a monstrous earth-eating machine, is poised to destroy his home, Toadville-by-Tumbledown. The green grass, the blue pond -- everything Tad knows might disappear.

It is foretold that one brave young toad can help -- but at a terrible price. Only if a toad kisses a human girl will Toadville be saved. Tad is called to rise to the challenge, disgusting though it seems. In the company of his best friend Buuurk, he sets off into the unknown.

Meanwhile, a girl named Taylor is determined to stop her grandmother's pond from being turned into a strip mall. Perhaps, somewhere along the way, she will cross paths with a small, brave toad. Little does she know that his quest is the same as hers.
Reviews from Goodreads.com