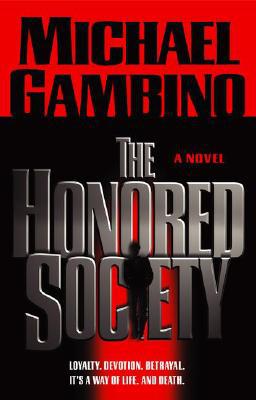 I am going to show you what my life was like.
I am going to make you feel the things I felt.
You will find out, as I did, what the
Honored Society is all about.

A father's advice to his son. Never underestimate anyone. Always protect the weak. In a fight, go for the toughest guy first and the others will back off. Be more cautious of a calm man than one who rages. And never, ever confess to anything.

By birth and breeding, Michael D'Angelo is fated to become a major player in the powerful D'Angelo crime family. Schooled in violence as a boy in the Chicago suburbs of the early 1970s, he's sharp enough to realize that his childhood is over when he sees his first slain body. At the age of seventeen he makes his first hit. One year later, he's a "made man," inducted into the syndicate's most secret and powerful league. His life course is set. Groomed for criminal success, Michael D'Angelo will rise in the ranks of the Honored Society to become more ruthless, ambitious, and unflinching than the father he idolized.

In a voice uniquely his own, Michael Gambino delivers one of the most riveting, clear-eyed portraits of organized crime ever published. He aims at the gut and fires, blowing us far into a world few truly know, exposing the customs and the terminology, the codes and the deals, from the secret ceremonies of a made man to the family protocols surrounding assassinations. His is a saga of haunting violence and unexpected humanity.

Ultimately, it may take a work of fiction to delve properly into the dark, clandestine, and often tortured heart of the Mafia. Michael Gambino, grandson of the original Godfather, is the highest-ranking mob member ever to record the innermost workings of the Honored Society, and he has succeeded in capturing the reality in this electrifyingly authentic novelistic portrait.
Reviews from Goodreads.com