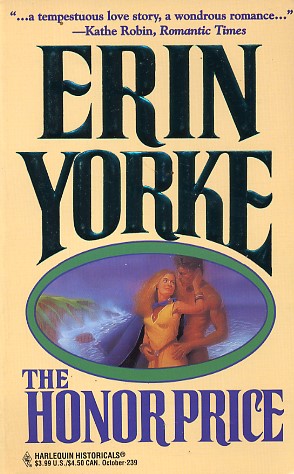 Alanna O'Donnell
Lucas had named her his wild Irish witch. For, with hair the color of the sun and eyes blue as the sky, she had bedazzled him beyond imagining. Making him forget that she tore his heart asunder between duty and desire.

Lucas del Fuentes
Alann's golden Spaniard had come to Ireland with the once mighty armada. But though the fates had brought him, they could also steal him back, for Lucas held an oath to king and country that might yet prove stronger than the tumultuous love that flamed between them.
Reviews from Goodreads.com