The Honor of the Queen — David Weber 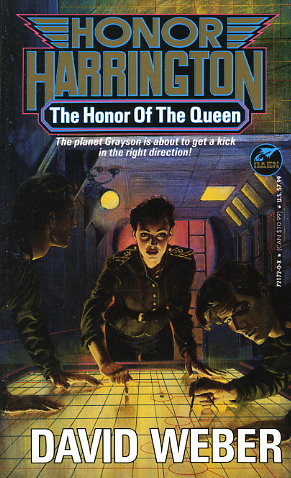 It's hard to give peace a chance when the other side regards war as the necessary prelude to conquest, and a sneak attack as the best means to that end. That's why the Kingdom of Manticore needs allies against the so-called "Republic" of Haven--and the planet Grayson is just the right strategic place to make a very good ally indeed. But Her Majesty's Foreign Office had overlooked a "minor cultural difference" when they chose Honor Harrington to carry the flag: women on the planet Grayson are without rank or rights; Honor's very presence is an intolerable affront to every male on the planet.

At first Honor doesn't take it personally; where she comes from gender discrimination is barely a historical memory, right up there in significance with fear of the left-handed. But in time such treatment as she receives from the Graysonites does become wearing, and Honor would withdraw if she could--but then Grayson's fratricidal sister planet attacks without warning and she must stay and prevail, not just for Honor's honor, but for her sovereign's, for
THE HONOR OF THE QUEEN
Reviews from Goodreads.com 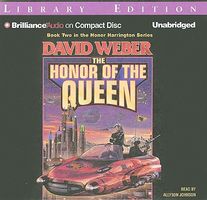