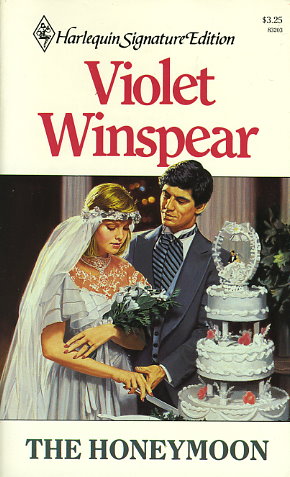 But that was where the similarities ended. For although Angelica was sensual and sophisticated, Jorja was gentle and meek, accustomed only to the sheltered life in her father's quiet vicarage.

And now Renzo Talmonte, the man betrayed by Angelica was exacting revenge. He demanded that Jorja marry him instead, and she had no choice but to comply.

Jorja should have been appalled, but she was not. For Renzo was an intoxicating, exciting man, and she found herself falling into an abyss of passion and love. But one doubt would always remain. Was it Jorja, herself, or her resemblance to her sister that stirred Renzo's desire?